The idea of using LED lights for bathroom mirrors are well known today due to its advantageous setting that offers healthy brightness and efficient cost, not to mention amazing interior upgrade it gives.

If you are considering of using the same idea to your bathroom mirrors, you may need several ideas.

Depending on how you will use the mirror, the following ideas are amazing. 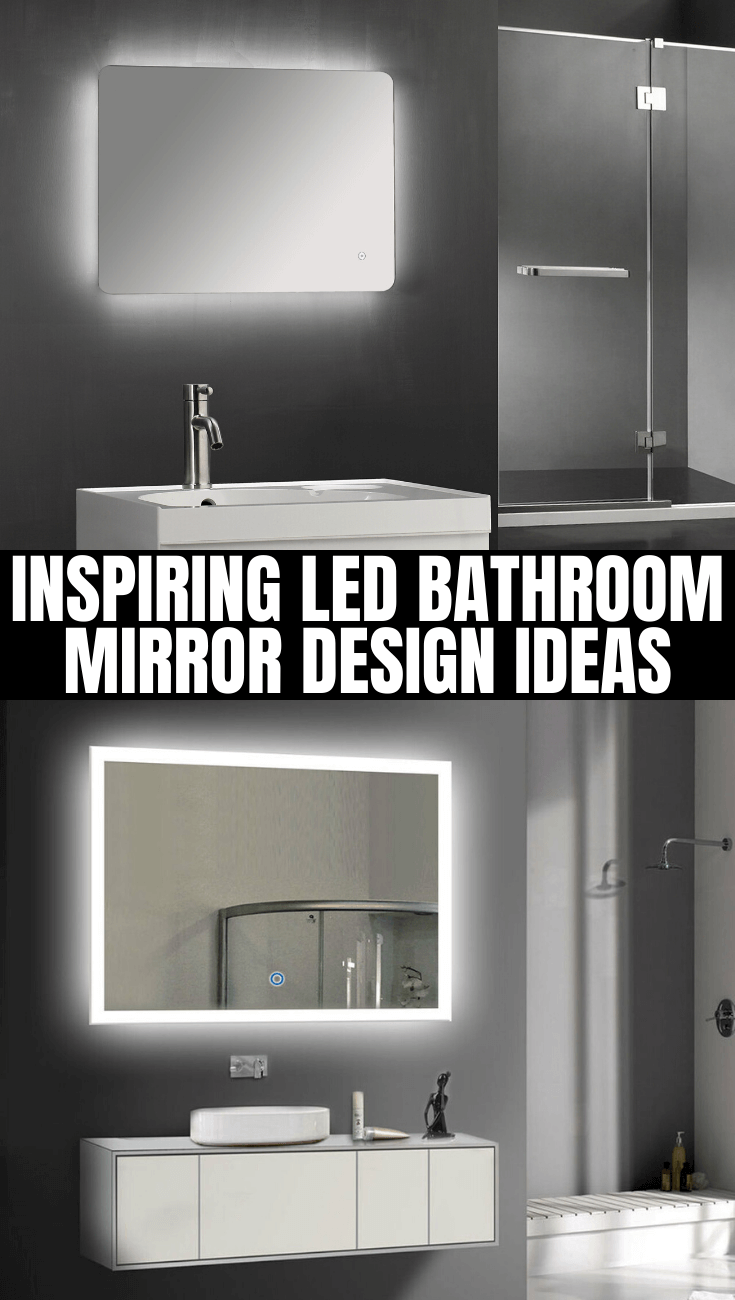 Instead of using common frame for the mirror, use the LED light panel as your new frame. You don’t need to buy a new mirror, just upgrading the frame.

It literally gives enough brightness on each corner so it is bright enough even for a makeup session. This frame adds your bathroom value for being user friendly and fully functional. 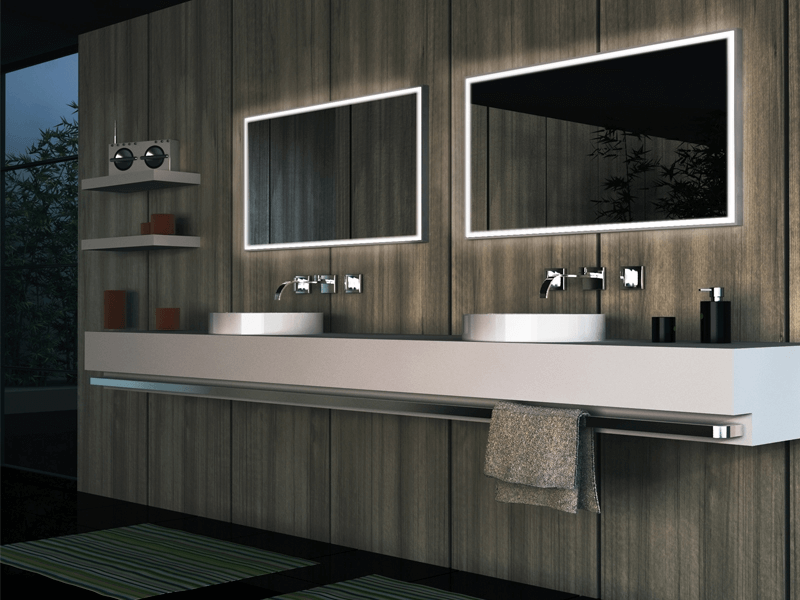 A back recessed shelving for the mirror alone is already brilliant. It has deep and luxurious touch into your bathroom. The LED lights brightness wouldn’t be too bright.

Instead, it is going to be rich and warmer, giving a relaxation atmosphere in the bathroom. It highlights the mirror even though it isn’t appropriate for an intense makeup session.

Adjust the LED light brightness to depth of the shelving. Deeper shelf will require more brightness.

This idea is similar to the first one mentioned here but we are going deeper on the mirror surface. Instead of lining the mirror, we are lining the inner line of the mirror.

On most cases, we are creating an LED lining on the mirror. It doesn’t only easy to apply and user friendly, but also fully functional and stylish.

This kind of LED lit bathroom mirror is perfect for poor lit space and even for professional makeup session.

Unlike the other common kind, this mirror never touches your wall. Like a wall mounted TV in the living room, it has some space between the mirror and the wall.

On the back of the mirror, we add LED light lining. How you set the line depends on your preference. It creates dimming atmosphere, which leaves the bathroom with relaxing atmosphere.

Meanwhile, it will be bright enough for users. It is widely used in modern interior for elevating the value of the room.

For those who like a combination of mounted light and new innovation will like this. Instead of going a little complicated on the setting, we can try to add LED pillar light on both ends of the mirror.

If your mirror is long enough, add one more in the middle for adding sections at the same time. It looks simple while it also remains fully functional and very user friendly.

So, there are more than enough ideas that you can adopt. You need to consider on how intense the mirror will be used and how it looks in the end you want it to be. Good luck. 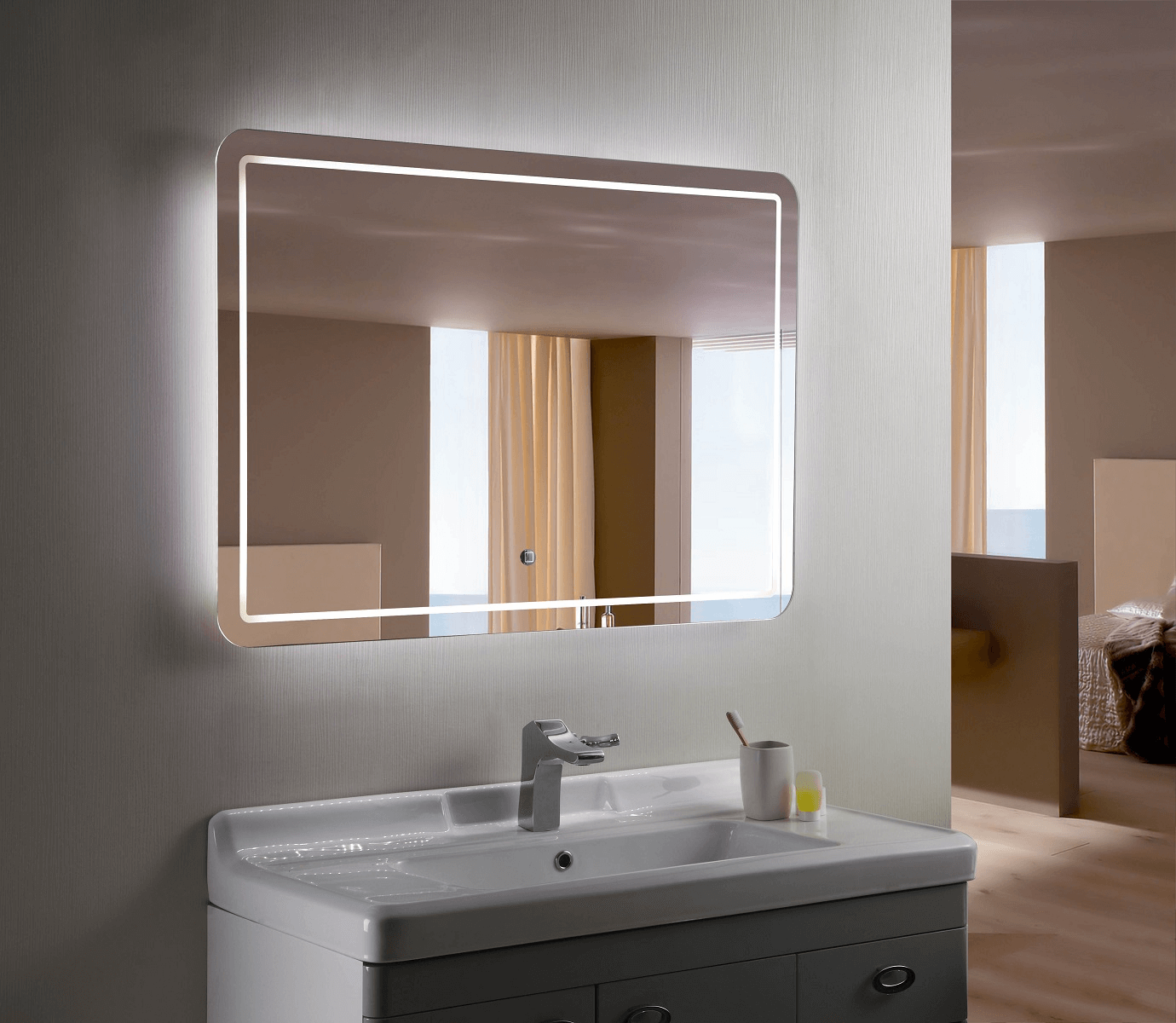 Taufiqul Hasan
I love learn and share with writing. In this blog I will help you get simple and easy home tips for better life. Explore home decoration, home cleaning, lighting, painting, organizing, cooking, repairing, and others.

This site uses Akismet to reduce spam. Learn how your comment data is processed.